It’s important to be ready to temper expectations, and be open to suggestions and ideas when working toward a cover-up tattoo. There are so many factors that one must consider to apply a tattoo correctly, from composition, aging, sun exposure, the shape of body parts, to the texture variations in skin. Even after working in a shop for 12 years and collecting a lot of pieces, the idea of covering up a tattoo boggles my mind.

Let’s start with the basics of Tattooing:

Our integumentary system includes skin, hair and nails that protect us and keep us contained (e.g. protection from outside damage or water loss). It also regulates the functions of our body, and is an attachment site for sensory receptors to detect pain, pressure, temperature, etc.

Tattooing is the procedure of introducing pigment into the dermis (The layers of skin between the epidermis (the top 3 layers of skin) and subcutaneous tissue (the lowest level of our Integumentary system).

As the skin heals, the damaged epidermis flakes away, but the pigment in lower layers of skin heal, are permanently encapsulated, and remain visible through the upper layers of skin. Over several decades the pigment will slowly migrate deeper into the dermis, which accounts for the aging and settling of older tattoos.

What does that mean for a cover up?

Only dark(er) pigment will cover existing pigment, whether it’s tattoo pigment or the individual’s natural skin pigmentation. Not only is it impossible to cover up black pigment with white pigment as if one were using white out, but this is also explains why white tattoos don’t stay white; the pigment picks up the skin’s natural pigment and turn yellow or peach, if it isn’t completely absorbed by the dermis.

This also means that the cover-up tattoo must be designed so that dark parts of the new tattoo fit over the dark parts of the original tattoo to disguise it. Negative space, value (the relative lightness or darkness of a color), and saturation will also need to be accounted for and incorporated into the tattoo to avoid placing what could become a large blob over your old tattoo. There must be enough room to balance all of these aspects to make the design a well-executed cover-up. This will most-likely mean the cover-up will need to be twice as big as the original tattoo. In most cases, an organic shape with dark parts, to imply depth, work best. Any tattoo styles that rely on negative space behind the tattoo such as realism, sacred geometry, or line-work tattoos won’t usually work as cover-up tattoos.

What are my options if I don’t want a big, dark tattoo?

This will depend on the piece that you are attempting to cover-up and how particular you are about your new tattoo. Laser removal is usually the best option. The technology associated with the lasers used to remove tattoos has advanced a lot in the past few years. The growing popularity of body art, has made the procedure more common and affordable. Sometimes, a couple of laser-removal sessions will lighten up a tattoo so much that the artist and client are barely restricted by the original piece, essentially providing a blank canvas for the artist to work with.

Blast-over Tattoo By Jake Diamond
It takes a few seconds to see the Snoopy tattoo and UFO tattoo under these traditional flowers and roses. As the tattoo heals and settles the tattoos underneath the blast-over will become less noticeable.
Click to see more of Jake’s work!

This method leaves the artist and wearer more options than a cover-up tattoo, but the original piece will not be lightened, so it will be visible through the new tattoo. The artist takes into account how both tattoos will age and settle together and essentially designs the blast-over to complement the existing design while still camouflaging it.

In our IG TV video with Jake Bray, explained a different kind of blast-over. In the 1990s and early 2000s, color realism, color portraits, and color tattoos without black were popular. Without black, many of these pieces have faded, blurred and lost the definition that made them recognizable. These tattoos make the perfect canvas for blast-over tattoos. A bold, dark, traditional design will be placed over a colorful faded one. The end result is a strong, bold tattoo with a colorful background that complements the old work. (see “Color Outline, White ink, Micro Tattoos on a Finger, Side of a Foot etc.“)

Jake Bray spoke with me about blast-over tattoos on June 13th. Click here to watch the full IG TV video!

The state of Colorado requires us to have a clause on our release form that states “I acknowledge that a tattoo is a permanent change to my appearance and that no representations have been made to me as to the ability to later change or remove my tattoo,” If you take anything from this post, hopefully it’s that tattoos are by and large permanent. Yes, laser removal can lighten a piece and a cover-up tattoo can hide a mistake, but any existing work will severely limit your options for cover-up tattoos if it’s even possible. So, yes, YOLO, but remember to have an open mind and realistic expectations when talking to an artist about how to fix or cover-up a tattoo you no longer like. 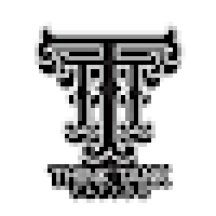 August 15, 2017
-
Posted by juicy
This is our shop help, Allen. When he’s not making sure the shop is clean and sanitized he’s smoking in the
View Artist →
Uncategorized
1 MIN READ

October 2, 2014
-
Posted by thinktank
Dan Rick will be doing a guest spot with us Oct. 21st-28th. Call the shop if you want to get tattooed.
View Artist →
Uncategorized
1 MIN READ

March 8, 2018
-
Posted by juicy
Everyone deserves a second chance, right? Cover-up tattoos are no acceptionexception, but there are a few things to keep in mind
View Artist →
Uncategorized
1 MIN READ
Cover-Up Tattoos Part II: Blast Over Tattoos and Laser Removal | Think Tank Tattoo